The other day I found myself walking the magazine aisles of my local Coop with not only time to spare but with out any tiddlers to supervise (me supervise them as opposed to me requiring supervision).
Now this is rare for three reasons:
1. I only go to the super market three or four times a year (and obviously Waitrose is my super market of choice dahling)
2. I always have a child or two (rarely three) with me and therefore I shop very quickly
3. I never have spare time - unless you count the time between 10pm and midnight when I start pottering and faffing.
So, there I was flicking through all the magazines that I wasn't going to spend any money on, but pretending that I was trying to decide which to buy, when I spotted a lovely cottage feature. 'Ooooh, thats a nice house and built to an exceptional standard,' I thought to myself (hopefully not out loud because that would sound pretencious?)
And would you believe it - the house in question was a beautiful Border Oak cottage! Ha!

Based on the Pearmain Cottage but faced in local stone rather than render, it really is a little gem. Here are the photos for you to judge, but I think you might quite like it. 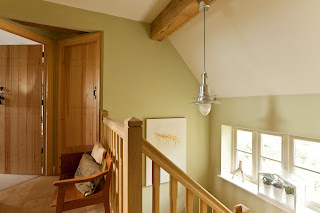 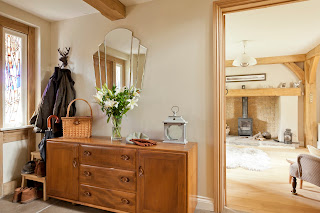 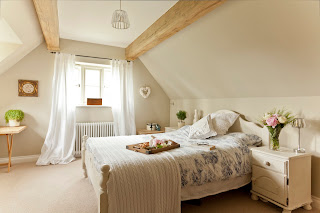 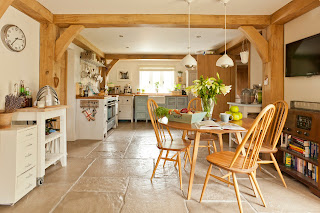 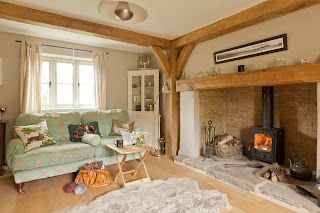 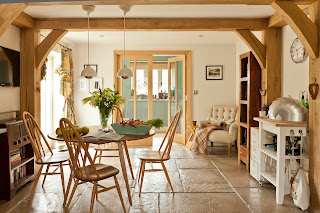 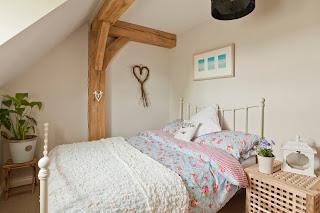 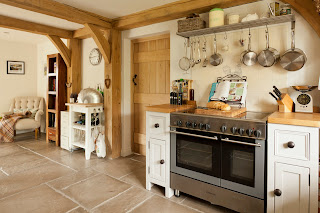 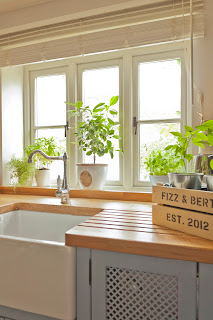