how we make the frames

The other day I showed a lovely magazine editor around Border Oak - he was especially interested in our workshops and our carpenters who craft each frame by hand, using many of the same techniques as medieval carpenters. I had arranged for a photographer to spend the day with us too and he took over 700 shots during the day - some of them are atmospheric details which really capture essence of what we do. I thought I would post a few here.......... 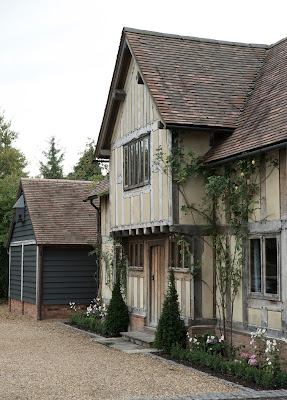 This is the front of our office, built about 20 years ago. We have just had the little garden bits re landscaped and I am pleased to report that the beautiful climbing roses have survived their first ever prune - and a dramatic prune it was. The roses were planted by a man called Yogi who sadly died a few years after planting them. He is very much missed by the original crew of Border Oak so the rose plants are sentimentally significant - we built a house and garden centre for David Austin, the king of roses, a few years ago and I like to think that the 'roses around the door' approach helped a little bit. 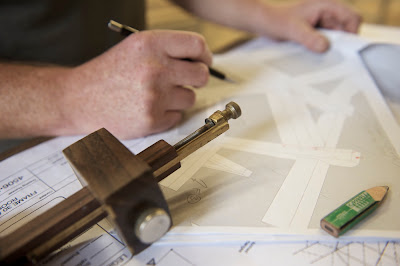 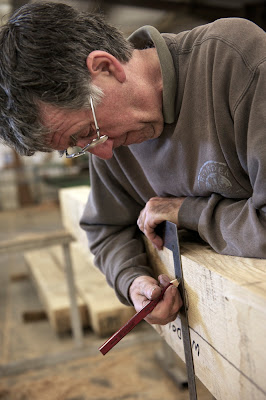 initially the beams are marked up in felt tip 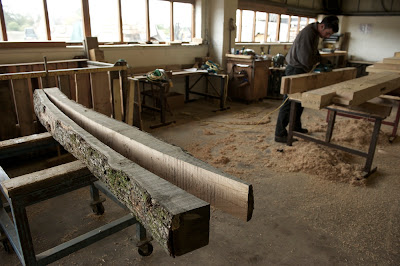 and those markings are cut and shaped by hand 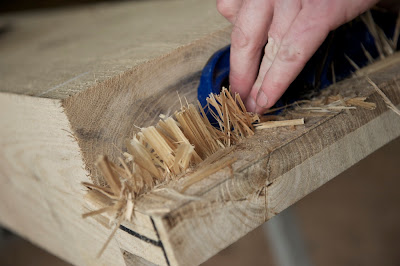 We don't have a mass production line, everything is done by hand. there are two or three basic cutting machines though they date from the 1950's!
More to come
Posted by merry at 10:33